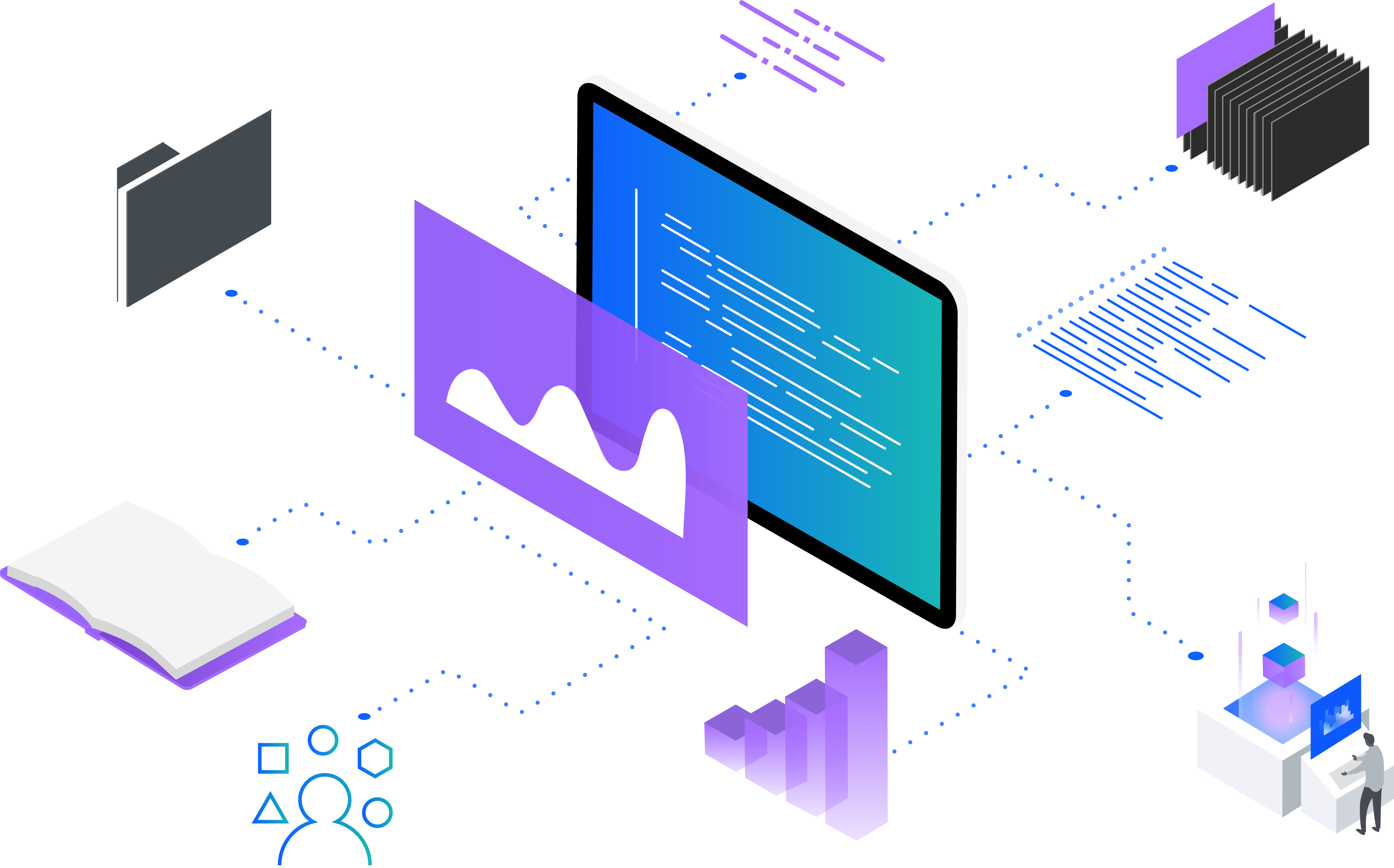 Join IBM and friends for a fun, online day of workshops, hands-on labs, and sessions by leading experts. Opportunity to connect 1:1 with speakers. Get prepped for the AI Explainability hackathon. Learn new leading open-source tools.
Part of the Data and AI Learning Community, a Cloud Pak for Data series

Join us live from anywhere in the world, and get ready to learn AI. 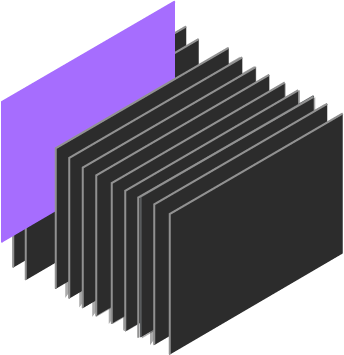 Skills you can put to work – Learn explainable data science workflows, try an NLP task with transformers, apply novel debiasing techniques. All of our presenters are developers and managers from IBM and associated companies who build things for users just like you. Many of them will offer office hour sessions, scheduled interviews or even a troubleshooting call.

No cost – Attend the live event or listen at your convenience. All of the talks are available for replay for 90 days!

Continued learning and leadership isn't just a one-day event. Book 1:1 sessions to further the conversation with the instructors and presenters, directly via the platform.

Hands on labs for topics with open source tools such as AI Fairness, AI Explainability, NLP transformers with Hugging Face, Auto ML and AI and more.

Technical Leadership including creating a center of excellence, leading remote teams in uncertain times and the data supply chain. 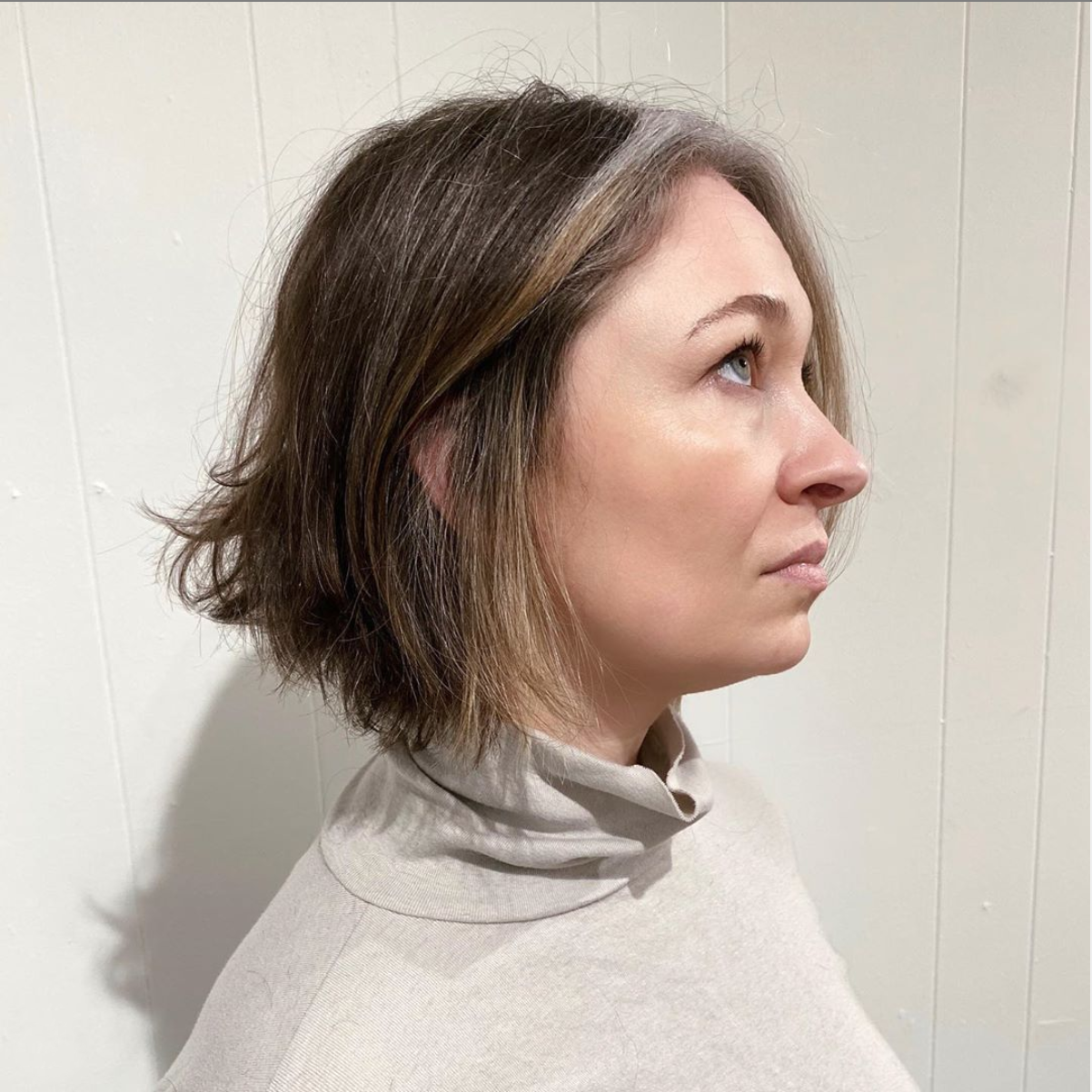 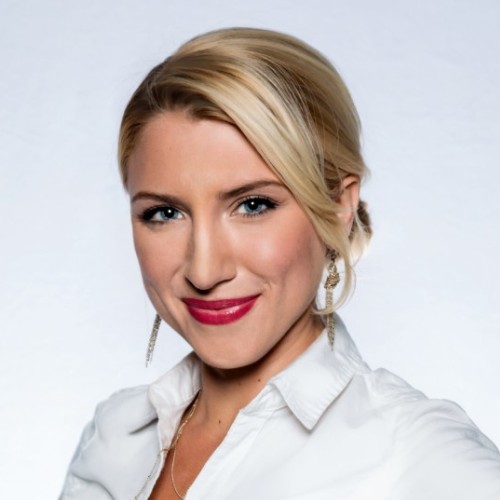 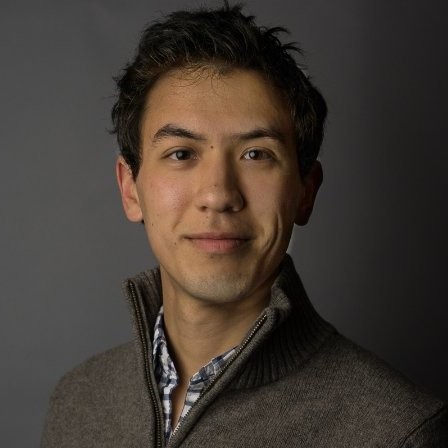 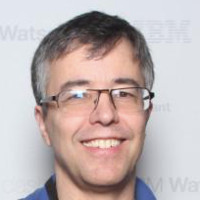 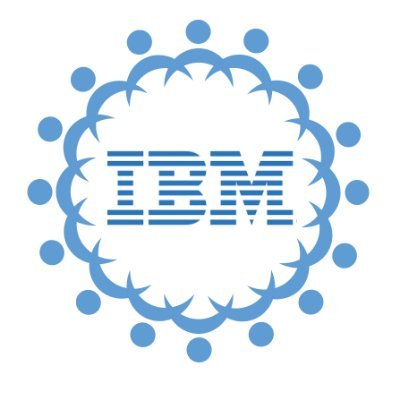 This virtual event is brought to you by IBM Community.

Join the IBM AI Learning Community and get a free month on Coursera... 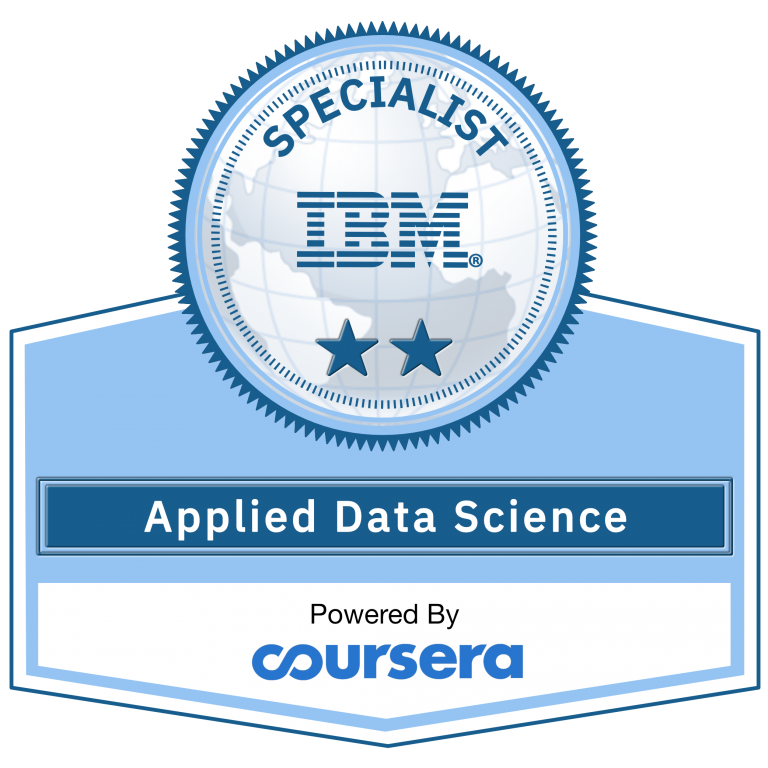 Includes access to any of IBM’s Data Science and Artificial Intelligence Specialization and Professional Certificate subscriptions.

...Be one of the first 1,500 registrants to claim 3 free months of an O' Reilly course subscription.

Meredith Mante is a Data Scientist with a focus on education. Within IBM's Data and AI Expert Labs, she develops curriculum in emerging areas like AutoAI. She has a bachelor's degree in Psychology from Princeton and a master's degree in Computer Science from NYU. She is passionate about sharing Data Science and AI with a broad community of learners from diverse backgrounds. Outside of work, she enjoys exploring the different neighborhoods, museums and parks in NYC.

Emily Glassberg Sands is Head of Data Science and Data Engineering at Coursera. Her team builds the statistical models and machine learning algorithms that power content discovery and help scale an engaging and personalized learning experience; leads the measurement, experimentation, and inference that informs Coursera's product and business strategy; and develops the analytical products and direct data access for the company’s university partners and enterprise customers.

​She holds a BA from Princeton and a Ph.D. from Harvard, both in Economics. Her academic research blends experimentation, econometrics, and machine learning to better understand labor markets and consumer decision-making, and has been featured in the popular press including the New York Times, the Wall Street Journal, and National Public Radio.

Seth Dobrin is the vice president and chief data officer for IBM Cloud, where he is responsible for the transformation of the analytics business operations using data and analytics, influencing IBM Analytics offerings to meet the needs of CDOs, and providing his perspective and experiences to clients. Seth has spent his career scaling and combining existing technologies to address previously intractable problems at scale. Previously, he led the data science transformation of a Fortune 500 company, as well as the company’s Agile transformation and their shift to the cloud, and oversaw efforts to leverage the data science transformation to drive new business models to create new revenue streams, along with the optimization of existing processes. He has served as a member of the advisory board for IBM’s Spark Technology Center, is a founding member of the International Society of Chief Data Officers, and has been a prolific panelist at the East and West Chief Data Officer Summits. Seth holds a Ph.D. in genetics from Arizona State University, where he focused on the application of statistical and molecular genetics toward the elucidation of the causes of neuropsychiatric disorders. In these efforts, he was involved in some of the first applications of machine learning to large-scale genetic analysis.

Austin is a Data Scientist on the Technical Marketing and Evangelism team in San Francisco, California. As a recent graduate student of Florida State University, Austin is focused on the balance of bleeding-edge research produced by academia and the tools used in applied data science. His Masters thesis was on White Collar Crime using Time-aware Joint-Topic-Sentiment Analysis (TTS), and his areas of interests are NLP, applied data science, and Explainable AI. Austin currently resides in San Francisco, with his fiancé, dog, and two cats.

Alexander Pavelka started working in the ‘90s, straddling IT and business consulting. At the time data models were relevant in the context of large-scale ERP migrations from mainframe to client server architectures. His consulting career brought him to Australia, New Zealand, Brazil, the US and various European locations in six to nine-month stints. He was hired by one of his customers as Finance, Ops and IT director for Asia Pacific, Middle East and Africa, based in Dubai, before embarking in a ten years stint as Group Corporate Controller. For  over a decade he was involved in the business ideation and deployment of a group wide corporate data model spanning all functions of a very successful consumer goods company, which was rolled out to over 130 markets.

Since 2012 he built and leads the data science practice within the organization and since 2017 his focus has been on business model development and digital transformation, leveraging a broad array of cross functional data sources and models, data science and AI.

Alexander holds a Masters degree in Political Science, a MSc in Environmental Engineering and an Executive MBA from the University of Oxford.

Miguel Maldonado leads the Machine Learning curriculum development for IBM's Data & AI Expert Labs Learning. He has 10+ years of experience in Machine Learning, Data Science, and AI. He has worked in R&D developing data mining products and served in leadership roles as Director of Data Science and VP of Analytics across several industries including Retail, Banking, and Fintech. He holds a B.Sc. in Physics from Monterrey Tech and an M.S. in Analytics from NC State's Institute for Advanced Analytics. In his free time he enjoys hiking and bouldering. He is passionate about democratizing Data Science and actively participates in datathons, local meetups, and events that support NGOs.

Before becoming an AI Advocate at IBM, Nick studied Computer Science at Purdue University and the University of Southern California and was an HPC Consultant for Hewlett-Packard in Grenoble, France. He now specializes in machine learning and utilizes it to understand machine learning developers of various communities, startups, and enterprises in order to help them succeed on IBM's data science platform and in open source.

Christina is a creative, dedicated strategic business consultant that specializes in supporting leaders in the digital space leads their teams during periods of rapid growth and transformational change. She supports leaders at the top of organizations to determine new strategic directions for their businesses and then helps them figure out how to implement the new strategies by engaging and working through their teams for the greatest results. Examples of past clients have included CEOs, Chief Digital Officers, SVPs of digital merchandising, and their leadership teams at companies such as Walmart.com, Macys.com, VMWare, Citrix, and Wells Fargo Virtual Channels.

Christina thrives in complex, ambiguous situations, where defining strategy must quickly be followed by expertly planned execution. To deliver this work, she has developed and led multinational and multigenerational teams in the workplace and virtually for many years. For her, the key to leading successful teams has been to make the role of leadership as important a daily activity as other work deliverables to ensure every member of the team is set up and able to do their best work. Every day.

Chris Fregly is a Research Scientist at PipelineAI - a Machine Learning and Artificial Intelligence startup in San Francisco. He is also an Apache Spark Contributor, Netflix Open Source Committer, and Founder of the SF-based Advanced Spark and TensorFlow Meetup. Previously, Chris was a Streaming Engineer at Netflix, Data Solutions Engineer at Databricks, and Founding Member of the IBM Spark Technology Center in San Francisco.

Joel Grus is principal engineer at Capital Group, where he leads a small team focused on research, design, and implementation of machine learning and data products for the investment group. Previously he worked at the Allen Institute for AI, where he was a core engineer on the AllenNLP deep learning library; at Google, where he did boring software engineering things; and at a wide variety of startups where he did a wide variety of data science and proto-data-science. He wrote the beloved book "Data Science from Scratch", the somewhat amusing blog post "Fizz Buzz in Tensorflow", and the polarizing JupyterCon talk "I Don't Like Notebooks". He is also the co-host of the Adversarial Learning podcast. He lives in Seattle.

Samuel C. Hoffman is a Research Software Engineer at IBM Research AI. He graduated from Cornell University with a B.S. in Mechanical Engineering and Computer Science in 2017. While at Cornell, he conducted research in autonomous robotics and image recognition. He then joined IBM Research. His research interests include deep learning and generative modeling as well as algorithmic fairness in machine learning. He was part of the team that released the AI Fairness 360 open-source toolkit and has been a key contributor and maintainer of AIF360. Trisha Mahoney is an AI Tech Evangelist for IBM with a focus on Fairness and Bias. Trisha has spent the last 10 years working on Artificial Intelligence and Cloud solutions at several Bay Area tech firms including Salesforce, Cisco and IBM. Prior to that, Trisha spent 8 years working as a data scientist in the chemical detection space. She holds an Electrical Engineering degree and an MBA in Technology Management.

Samuel C. Hoffman is a Research Software Engineer at IBM Research AI. He graduated from Cornell University with a B.S. in Mechanical Engineering and Computer Science in 2017. While at Cornell, he conducted research in autonomous robotics and image recognition. He then joined IBM Research. His research interests include deep learning and generative modeling as well as algorithmic fairness in machine learning. He was part of the team that released the AI Fairness 360 open-source toolkit and has been a key contributor and maintainer of AIF360. Trisha Mahoney is an AI Tech Evangelist for IBM with a focus on Fairness and Bias. Trisha has spent the last 10 years working on Artificial Intelligence and Cloud solutions at several Bay Area tech firms including Salesforce, Cisco and IBM. Prior to that, Trisha spent 8 years working as a data scientist in the chemical detection space. She holds an Electrical Engineering degree and an MBA in Technology Management.

Jacques specializes in the machine learning and deep learning aspects of the IBM Watson® data platform. Over his more than 35 years in the industry, he has worked in many technology areas, including operating systems, databases, and application development. He is the author of multiple books on database extensibility and streaming analytics.

With a background in Swiss design and typography, Jennifer’s journey as a designer has evolved from branding to interfaces, apps to AI. Today she works with IBM as a director, designer, educator and thought leader for AI and machine learning. She teaches Advanced Design for Artificial Intelligence at the University of Texas Center for Integrated Design, sits on AI technology boards for the National Head Start Association and the University of Texas, and is a frequent speaker and writer on the design and future of AI. She’s also the co-host of AI Zen with Andrew and Jen, a podcast where a designer and a data scientist break down how to build awesome AI experiences.